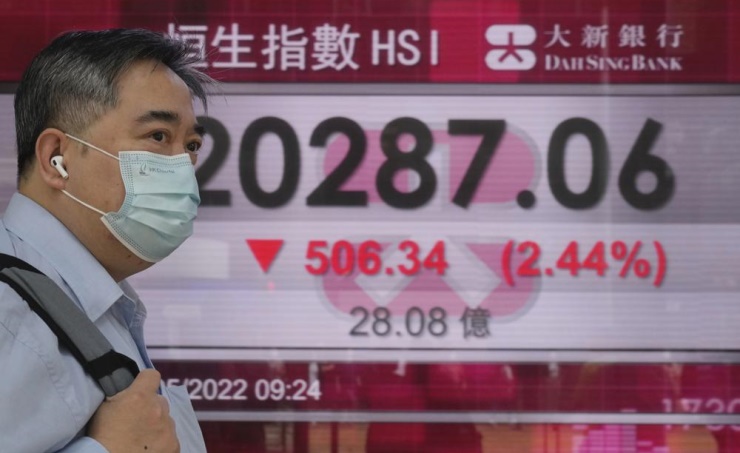 Shanghai, Hong Kong, Seoul and Sydney prices fell. Tokyo prices rose as trading resumed after a holiday, according to the Associated Press.

Investors are concerned about whether the Federal Reserve, which raised its key interest rate by half a percentage point on Wednesday, can cool inflation without pushing the sluggish US economy into recession.

Traders are temporarily encouraged by Chairman Jerome Powell’s comment that the Fed is not considering larger increases.

Also on Thursday, the Bank of England raised its benchmark interest rate to a 13-year high, its fourth hike since December, to calm British inflation that is at a 30-year high.

The US government was due to release employment figures on Thursday, a closely watched data point.

Economists at BNP Paribas still expect the Fed to continue raising the federal funds rate until it reaches a range of 3% to 3.25%, up from zero to 0.25% earlier this year.

The benchmark US crude rose 77 cents to $109.03 in electronic trading on the New York Mercantile Exchange. The contract rose 45 cents to $108.26 on Thursday. Brent crude, the price basis for international oil trade, rose 75 cents to $111.65 a barrel in London.