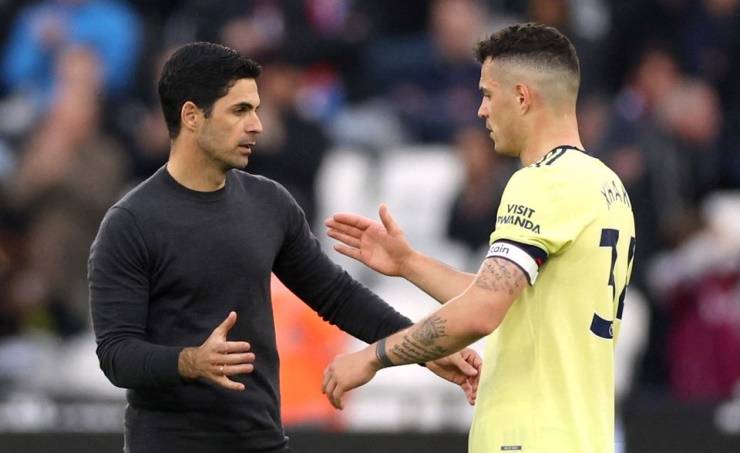 London, May 2 (BNA) Arsenal and Tottenham Hotspur scored two victories as the race for fourth place in the English Premier League heated up on Sunday.

Reuters reported that Tottenham have returned to their form, with Son Heung-min scoring twice and Harry Kane once in a 3-1 win over Leicester City.

This briefly lifted Spurs to fourth, surpassing Arsenal, who responded impressively with a 2-1 win over West Ham United with goals from defenders Rob Holding and Gabriel.

Arsenal scored its third consecutive victory in the league after three consecutive defeats, raising its tally to 63 points from 34 games, with Tottenham winning the first in three points, to remain 61 from 34.

Third-placed Chelsea are not entirely certain they will take the top four after losing 1-0 to Everton – an important outcome for the hosts as they try to avoid relegation.

Striker Richarlison scored at the magnificent Goodison Park a minute into the second half after Cesar Azpilicueta gave up the ball under pressure from the Brazilian striker.

Everton remain in third place from the bottom of the bottom, but are only two points behind Leeds United, who are in 17th place, having played a game less.

Chelsea have 66 points from 34 games.

Everton manager Frank Lampard, Chelsea’s record scorer and former manager, knew just how big a victory over his old club could be.

“Today was a big match for us and when you see the fans coming before this match and what they did with this match – they were people of the match,” he said.

“Men, women and young people, all the crazy Everton, love this club and have pushed us to cross the line.

“We are still in the relegation zone, we have an extra game but we have to play in the same spirit every game.”

Spurs knew that only a home win against Leicester would be good enough after a loss at Brighton & Hove Albion and a draw with Brentford in their last two games – two dismal performances that greatly affected their top-four hopes.

They responded with a vibrant display that culminated in two goals for Son, who is vying for the Golden Boot award.

Son’s corner allowed Kane to put Spurs ahead with a powerful header and then made sure to score with two good finishes after the break, both assisted by Dejan Kulusevsky.

“We got three points at an important moment of the season, especially since in the next matches we will face Liverpool and Arsenal,” said Tottenham coach Antonio Conte.

Arsenal are now feeling their first place in the top four since 2015-16 and manager Mikel Arteta has praised his side’s ability to win ugly after picking up points at West Ham.

He grabbed the ball header from Bukayo Saka’s corner to break the deadlock in the first half but Jarrod Bowen’s shot was diverted before the break at the London Stadium.

However, Gabriel’s header grabbed the win for Arsenal.

“A massive win because we got ourselves into a lot of trouble with our acquisition decisions,” Arteta said.

“But the team showed a huge character in not giving up and doing the right things. The way we defended was exceptional. From my point of view today we won ugly but I am very happy.”

West Ham can no longer finish the season in the top four, but their focus now is on next week’s Europa League semi-final second leg away to Eintracht Frankfurt, having lost their opening match 2-1.